This account is soon to be no more, replaced by an updated and far more pleasing to the eye website, so please bear with me.

Stay tuned for the link, as well as information on forthcoming publications, such as a second collection and a novel due in the new year.

Until then, take care of yourselves.

I was recently interviewed by the delightful Marko Hautala about writing and horror. You can catch the interview here – the introduction is in Finnish but the interview itself is in English (you can skip to around the 3 minute mark for the beginning).

I had a whole lot of fun doing this, and hope to be doing another one soon.

I have a couple of contents lists for you.

The first is for Ellen Datlow’s Best Horror of the Year: Volume 12, which includes my story ‘Adrenaline Junkies’.

A Song For Wounded Mouths by Kristi DeMeester

Birds of Passage by Gordon B. White

The Puppet Motel by Gemma Files

The Night Nurse by Sarah Langan

As Dark As Hunger by S. Qiouyi Lu

I Say (I Say, I Say) by Robert Shearman

The Pain-Eater’s Daughter by Laura Mauro

The Hope Chest by Sarah Read

Nor Cease You Never Now by Ren Warom

Below by Simon Bestwick

My Name is Ellie by Sam Rebelein

How To Stay Afloat When Drowning by Daniel Braum

This Was Always Going to Happen by Stephen Graham Jones

The Butcher’s Table   by Nathan Ballingrud

The second is for another Datlow anthology, this one called Body Shocks due out next year. It’s a hell of a list to be part of, and includes a story from me called ‘The Travellers Stay’.

The Travellers Stay by Ray Cluley

You Go Where It Takes You by Nathan Ballingrud

A Positive  by Kaaron Warren

It Was the Heat by Pat Cadigan

The Transfer by Edward Bryant

Welcome to Mengele’s by Simon Bestwick

The Truth That Lies Under Skin and Meat by Cassandra Khaw

The Lake by Tananarive Due

The Look by Christopher Fowler

The Old Women Who Were Skinned by Carmen Maria Machado

Elegy For a Suicide by Caitlín R. Kiernan

A True Friend by Brian Evenson

What I Found in the Shed by Tom Johnstone

As soon as the cover art is available, I’ll share it here. Until then, stay safe, people, and keep reading.

An update from the dark

First of all, my story ‘In the Wake of my Father’, was accepted for publication in Black Static and is due out this month. I’m thrilled to be back in the magazine that was the first to publish my work, and this story marks something like my 15th appearance (ish). Here’s the classy black feather art work Andy Cox sorted for it. You can order the magazine by clicking here.

Another story, ‘Adrenaline Junkies’, which first appeared in The Porcupine Boy and Other Anthological Oddities, made the preliminary ballot for the Stoker Awards recently, which was great. Better yet, it has been selected by Ellen Datlow for reprinting in her Best Horror of the Year series, appearing in volume 12 later this year. I’m hoping to have a cover reveal for you soon…

My most recent publication is a story called ‘Flesh and Blood’ in the Black Library anthology Invocations (available here). I’m now working on another story for them, a folk horror take on an urban legend, while putting the final touches to a novel they commissioned last year which I hope will step out of the darkness come Hallowe’en.

Add to that my ongoing work for my PhD and another novel-in-progress and you’ll see I’m keeping myself busy! I’ll keep you posted with more as and when I can.

Until then, keep your black candles burning.

Just a quick post to say I have a couple of reprints available.

One of them is called ‘Painted Wolves’ which first appeared in Anthony Cowin’s charity anthology In Dog We Trust, with proceeds going to Birmingham Dogs Home. The story is sort of about African wild dogs, but  also sort of not. It has been reprinted in Ellen Datlow’s Best Horror of the Year,Volume 11, available from Night Shade Books.

The other story that’s out there again, ‘Indian Giver’, you can listen to at the terrific PseudoPod by clicking here. It’s a ghost story of sorts, set in the later years of the Wild West. It first appeared in my collection Probably Monsters, and was reprinted in volume 8 of Ellen Datlow’s Best Horror of the Year series. Now it’s available as an audio.

Happy to announce that my story ‘Adrenaline Junkies’ is due to appear soon in The Porcupine Boy  & Other Anthological Oddities (how’s that for a title?).

I was asked by the editor Christopher Jones to contribute to this and he was very patient waiting for the story, which was a bit tricky to write, so thank you for that Christopher.

Here’s the cover, put together by Natasha Alterici and Deena Warner, and below that I’ll stick the table of contents – I’m lucky enough to be appearing with some great writers.

Introduction by Catherine Grant
Outside, by Gary McMahon
Feral, by Priya Sharma
The Coldness of His Eye, by Brian Evenson
The Porcupine Boy, by Lucy A. Snyder
300 Down, by Keith Minnion
The Dark Windmill, by Janet Joyce Holden
It’s in the Cards, by Elizabeth Massie
Roadkill, by Meryl Stenhouse
The Bone Arena, by Jeffrey Thomas
…and Puppy Dog Tails, by PD Cacek
The Exclusivity of Ravens, by David Nickle
Thank You For Not Ignoring Me, by Violet LeVoit
Jacqueline Laughs Last in the Gaslight, by Paula Ashe
Adrenaline Junkies, by Ray Cluley

Happy to say 6/6 has SOLD OUT and initial responses have been fantastic. Here’s the wonderful presentation package Steve Shaw at Black Shuck Books put together (image courtesy of Jessica Oliver). 6/6 is a found footage story of sorts, so presenting it as a DVD insert was wonderful – cheers Steve.

Deep discussion with the Ladies of the Fright 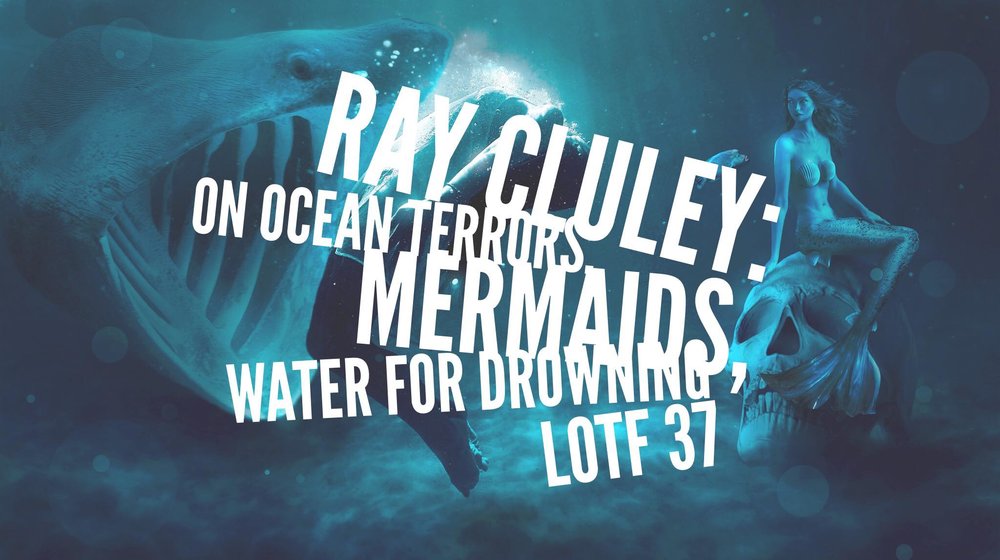 It has been a fair old while since I blogged anything, huh?

I’ve been ridiculously busy lately, but in a good way, with lots of new stuff written or in progress. Here’s a bit of an update as to what’s available where, and with who…

First of all, I have a chapbook coming out in June with the wonderful Black Shuck Books. The story is called ‘6/6’ and concerns a short film that was once available on YouTube but has since disappeared. The chapbook will be presented in special edition packaging (Steve at Black Shuck has been telling me about this, and it sounds great) with a limited run of only 66 copies, selling for £6.66 each. You can pre-order a copy by clicking here.

In other news, my short story ‘Painted Wolves’, which first appeared in the charity anthology In Dog We Trust (available here), has been selected by Ellen Datlow for her Best Horror of the Year series and will be reprinted in volume 11. Check out the terrific cover:

It’s quite the line-up, and I consider myself very lucky to appear as part of it:

What else is new? Well, I wrote a play. That was fun. It was performed recently, too, by Banned Brand Theatre, who put on a great show. There’s talk of another performance so I’ll be sure to mention it again, as and when I get more information.

And finally, one last thing – my mermaid story, Water For Drowning, has resurfaced and is now available as an audiobook, read by the superb R J Bayley.

Water for Drowning was first published by This is Horror. I recently spoke with them as part of their podcast series, partly to promote the audiobook but also to go on about horror and writing and all sorts of other things. You can listen to the first part of that here, and the second part here.

As for what I’m getting on with at the moment, I’m currently working on a radio play, a novel for a gaming company recently expanding into horror, and two more novellas. Not to mention working on my own novel and trying to finish a very late (and very uncooperative) story…

Like I said at the beginning, it’s been a very busy time. But busy is a good problem to have.

The Devil and the Deep: an anthology of spooky sea stories

The Devil and the Deep has surfaced and I’m lucky enough to appear with some great writers here:

‘The Curious Allure of the Sea’ by Christopher Golden

‘The Tryal Attract’ by Terry Dowling

‘The Whalers Song’ by Ray Cluley

‘A Ship of the South Wind’ by Bradley Denton

‘What My Mother Left Me’ by Alyssa Wong

‘A Moment Before Breaking’ by A.C.Wise

‘Sister, Dearest Sister, Let Me Show to You the Sea’ by Seanan McGuire

‘He Sings of Salt and Wormwood’ by Brian Hodge

My story, ‘The Whalers Song’, concerns a Norwegian whaling crew who find themselves on a desolate island where the mourning call of the wind haunts them…

The reviews have started coming in. The Game Of Nerds calls The Devil and the Deep a “must have”. Kirkus Reviews picked it as a best read for March, and ran a feature with us lot from the table of contents talking about our work. You can read it here.

Signal Horizon calls it “an anthology that demands the attention of any fan of short horror fiction” and says “‘The Whalers Song’ by Ray Cluley is a particular standout in the middle section of the anthology and an example of a more experimental work.”

YouTuber Erika Senteno, aka ThePerksOfBooks, says of ‘The Whalers Song’ “This story is so immersive and atmospheric. It’s a very chilling an unsettling piece but it’s also hauntingly beautiful.”

And this beauty comes from SFRevu: “The real gem of the book to me is Ray Cluley’s ‘The Whalers Song’, an outstanding piece of fiction featuring a group of whale hunters who, after the sinking of their ship, find shelter on a deserted island where past horrors still linger.”

Thanks, as always, to those taking the time to offer a review, it’s very much appreciated. And to those buying the book, I hope you enjoy the stories. 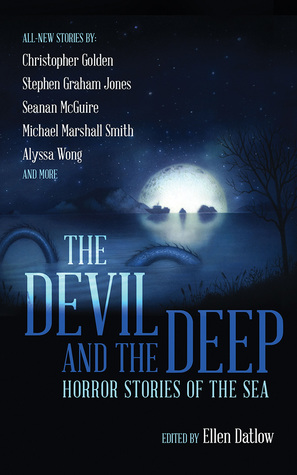 Posted in Uncategorized | 2 Comments
probablymonsters
Create a free website or blog at WordPress.com.